Ultimately, zombies are terrifying for a number of reasons. Unlike vampires, there is nothing romantic about them. Zombies are simply there to not only destroy humanity but to convert it. After all, the end result of a zombie apocalypse is that a population of people who were once alive are transformed into the bloodthirsty walking dead.

Zombies are apocalyptic, which also conjures up certain nightmares in our psyche. People are obsessed with the end of the world. Writers, religious scholars, scientists, etc., have all theorized since the early days of civilization about how the world will eventually end. Zombie horror movies represent one more theory that while obviously fictional still appeals to that certain yearning for apocalyptic fantasy that seems to exist in most people. While outlandish, the thought of a world in which the living return to consume the dead is both terrifying and wildly imaginative. And it really isn't any more fantastical than those believed by numerous societies and religious devotees.

As a fan of zombie movies, I particularly enjoy the claustrophobic feelings that a good zombie film can create. To watch as a group of survivors have to fend for themselves while fighting off hordes of the dead makes for excellent drama, which accounts for the success of the genre to begin with.

Of course, not all zombie films focus on the survival aspects of a potential epidemic. Some zombie movies are comedies. So what is the appeal there? Well, I think zombies are a way for us to shatter the taboo of death. After all, we're all going to die eventually. Those are the grim facts. By watching zombie movies, we can assuage our anxieties about the inevitable end. Perhaps some of use even wish to become zombies ourselves.

Fortunately, there is a wide range of zombie movies available for fans of the genre. First, there is the hardcore survivalist movies, followed by the action-comedy variety and then the offbeat comedy films. There is always something new on the horizon as well, since filmmakers are constantly trying to re-imagine the traditional zombie movie. Zombies have changed a lot since the release of Romero's 1968 classic Night of the Living Dead, and will probably continue to change well into the future. Our desire to see these lumbering, hungry dead folks on the big screen seems to have no end, as well. So we can all look forward to a brighter future with more undead entertainment coming our way.


Visit our zombie horror movies blog to learn more about zombie films in general and see our collection of zombie art.

Posted by Unknown at 8:52 PM No comments: 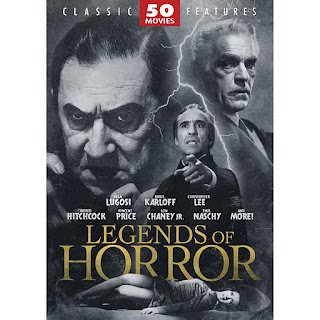 Get an instant library of some of the greatest horror classics and stars ever to come out of Hollywood on twelve DVDs. View chilling performances from the great horror legends including Charles Laughton, Boris Karloff, Lon Chaney Jr., Alfred Hitchcock, Margaret Lockwood, Peter Lorre, Barbara Steele, Tod Slaughter, Vincent Price... and more! The Legends of Horror 50-MoviePack has something for everyone. This comprehensive collection of great classic horror films has been assembled in one exciting package, all for an amazingly low price!

Posted by Unknown at 5:10 PM No comments: 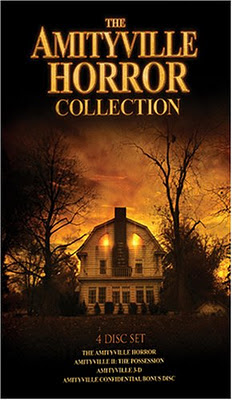 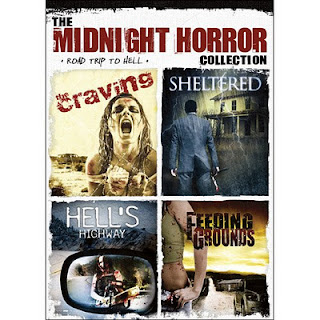 THE CRAVING
On a road trip across the country, a group of college friends become stranded in the desert. Miles from anywhere and with limited supplies, they discover that when the sun goes down, a deadly killer comes out. Something that will not go into the night quietly...or without a meal. The group must battle the creature for their lives in a desolate, harsh land that few have survived.

SHELTERED
On the eve of a massive storm, Joey, an awkward but straight-laced bartender, offers a group of vacationers refuge at his house. As the storm wreaks havoc outside, the group slowly discovers why they've been invited to the house, just how disturbed their host is, and that they'll have to fight a crazed killer if they're to see the light of dawn.

HELL'S HIGHWAY
A road trip for four college friends turns into a twisted, bloody nightmare when they pick up Lucinda, a hot, young hitchhiker who lusts for the kill. After she terrorizes them, the group kills her. But around the next bend--and every bend--she appears like a mirage, ready to slaughter again...

FEEDING GROUNDS
En route to a weekend at a desert cabin, four young couples find themselves in a dangerous situation that will push them to their breaking points. After a glitch in plans forces them to pull over, they burn time by getting the party started amid the gorgeous desert scenery until a grisly discovery sets them running. But there's nowhere to run, and nowhere to hide...

Posted by Unknown at 2:37 AM No comments: 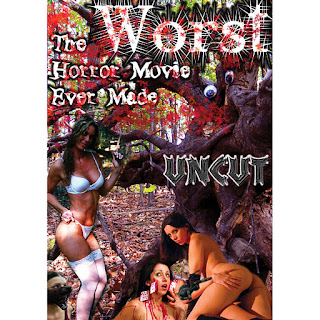 Horror spoofs are rather tame, so Bill Zebub has created one that pushes the boundaries so far that you will wonder how the hell he got the cast to do those things on film. In these days, even offensiveness has become politically-correct. Watch The Worst Horror Move Ever Made and know what it's like to cringe. This movie is a re-make, with a new cast, plenty of gore and boobs, and superbly filmed.

Posted by Unknown at 6:30 PM No comments: