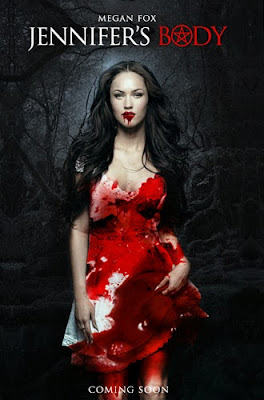 Unfortunately, most horror movie fans require a little more than a pretty face and a sexy body to satiate them when it comes to their horror movies. Sure the movie was bloody and there was plenty of gore. But did it live up to all of the anticipation?

If you haven’t seen it, Jennifer’s Body, classified as a dark comedy horror movie and directed by Karyn Kusama is about a young lady Jennifer Check (Megan Fox) who is taken over by a demonic spirit after being offered up in sacrifice to satan by a indie band of rock star wannabees named Low Shoulder, lead by Adam Brody (The O.C.) who sell their souls to the devil in exchange for what every rock star dreams of, fame and a endless supply of “green backs”.

Oh, and if they can get a girl or two along the way I’m sure that would be nice too. And as for the later, there was only one girl that these guys had their sights set on but ironically not for what most guys would want such a pretty girl for.

They initially meet when Jennifer and her friend, Anita Needy (Amada Seyfried) decide to go to the bar where the band was supposed to be playing. In an attempt to seemingly get Jennifer alone, the band or possibly satan himself (who knows) set a mysterious fire that burns the bar to the ground.

As the band endeavors to make their escape they ask Jennifer to go with them despite her friend’s pleas dissuading her not to. The guys then take her to a place in the woods where they will have the ceremony. After they offer up Jennifer to their “God” they notice that something goes terribly wrong.

They were mistaken in thinking she was a virgin and apparently in order for the offering to produce the desired result the female sacrifice had to considered pure and untouched by another man.

Jennifer subsequently shows up at her friend Anita’s home and is in her kitchen at the refrigerator down on her knees when she comes in and finds her. When Jennifer turns to see her she looks absolutely grotesques.

In the days following her unfortunate encounter Jennifer takes on the appearance of a very ill person, far from the very beautiful, sexy girl we see earlier in the movie. Another effect of her unfortunate “date with the devil” is that she finds she has an uncontrollable appetite for flesh, human flesh.

So she begins to flaunt her sex appeal in an attempt to seduce unsuspecting young men so that she is able to get them alone. Once she gets them alone and they are all hot and bothered she then attacks them feeding on their flesh, but not in the way they were hopping for.

If you think a movie isn’t good enough to sit all the way through in the theater you certainly won’t want to see it again in any other form. My point is this, Jennifer’s Body is a “one and done” kind of movie, too painfully bad to even want to see on cable or on DVD. Yes it was that bad, In fact, in my opinion one of the worse horror movies ever.

It certainly was heavy on what Hollywood thinks audiences desire to see most, and that being sex and violence. But sex and violence isn’t an automatic receipt for box office success, not when you consider the power of “word of mouth”.

I haven’t heard any rubbles of a possible follow up to the movie and for good reason; the movie should have never been made in the first place. And to think of the producers possibly making audiences sit through another poorly conceived story is in a word, “frightening”, more frightening than the movie was itself.

Who is Megan Fox?
Posted by Unknown at 11:32 PM No comments:

How would you define a top horror movie? 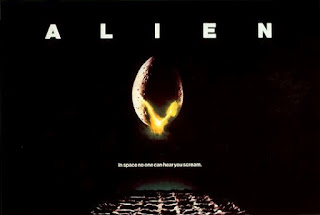 What is a top horror movie? A top horror movie is a movie that not only prompts you to go see it, based on its reviews and trailer but once you see it, it effects you on some level, staying with you long after the experience.

If you are an avid follower of the horror movie genre you only have to look to the countless examples of such movies over the many decades that fall into this category.

A Top horror movie usually tops the “best of list”

Each year as well as each decade a number of horror movies have the distinction of being the best or top horror movies for that particular time frame. For example during the year of 2005 The Descent was one of the top horror movies released not only that year but in my opinion of all time.

What is a top horror movie?

Well, the easy answer would be, you’ll know it when you see it. But if we were to elaborate just a bit, we would put this way, a top horror movie is one where the movie draws in you before the movie, engages you during the movie, usually done a number of ways, and then leaves you with some type of indelible impression.

Case in point, during the year Alien came out I recall sitting in the theater watching previews before whatever movie I was to see that day and when the preview for this movie came on I immediately knew I had to see it.

It was very ominous. If you saw the theatrical trailer then you know how foreboding the movie appeared and it was because of its inauspicious nature many fans, again myself included put down our money to see Alien. During the trailer, it successfully conditioned us, drawing us in, then once we actually had the opportunity to see it, not only did it met our expectations we had of the movie, it far exceeded them and in the process of it all, leaving changed in some small way. That is what a top horror movie does and how I define one.

Posted by Unknown at 3:24 AM No comments: