Why Zombies Will Never Die 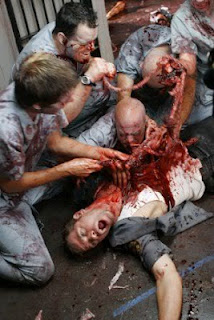 Are you tired of the zombie craze yet? Are you looking forward to seeing this fad pass on by? If so, I’m afraid I have some bad news for you… It’s not going to die.

Sure, we may think the craze is dead from time to time, but it always comes back from the grave, just like the zombies the movies are about.

Since George Romero brought the modern ghoul to a mainstream audience back in the late 60’s, people have never completely escaped them. They go away for a while, but they always come back. They come back because people always welcome them back.

Modern audiences will always be fascinated by the living dead because that genre has managed something unique. It has successfully blended the supernatural with the feeling that “it could happen.” For most movies, that is an either/or scenario. You can have the supernatural or you can do something that feels like it could happen in the real world.
Zombies have managed to do both.

People are drawn to zombie movies because the idea of a virus we can’t control feels possible, and that makes it scary. The fact that they’re “living dead” has become secondary to the idea that a plague could wipe out human civilization. People seem less interested in the zombie and more interested in the apocalypse. That’s why movies like 28 Day Later and The Crazies were so popular. These “zombies” were very much alive… just homicidal. 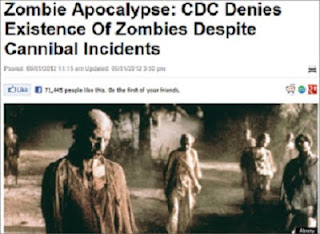 And, of course, once something feels possible, we can easily put ourselves in that situation. It takes some effort to imagine what you’d do if a werewolf started stalking your hometown. But it’s not hard at all to imagine what you’d do if the entire world just went to hell. Many people have developed their own zombie survival plan. There are books about it. The CDC (Centers for Disease Control) even did an article about it. I’ve never seen the CDC do anything about protecting yourself from a vampire, but they jumped right on the zombie apocalypse craze.

They did this because zombie survival is very similar to surviving any major catastrophe, so preparing for a zombie apocalypse actually prepares you for most emergencies. That is precisely what makes a zombie movie exciting to the movie going public. With a zombie movie, you’re not just watching other people survive a horrible ordeal. You’re surviving it with them. When a character has to shoot his zombified mother, you’re asking yourself if you could do it.

Yeah, the popularity of zombie movies is finally going down, but it won’t be down for long. The Walking Dead is coming back for another season. Another network is actually developing a Zombieland series. “Zombie walks” are growing in popularity across the country (I’ve been in two myself). Zombies are now horror icons. They’re right there with vampires, werewolves, ghosts, Frankenstein, and masked mass murderers.

So I hope you enjoy a good zombie story because they’re a permanent fixture on the horror landscape now. I suspect zombie apocalypse movies will be around until…

Until the apocalypse happens.